A Story from a First Time Patient

We love sharing our patient’s success stories! In this unique situation we were able to ask Caitlyn, a member of our marketing team, to detail her experience getting her first chiropractic adjustment. Enjoy hearing, in her own words, what it was like start to finish. 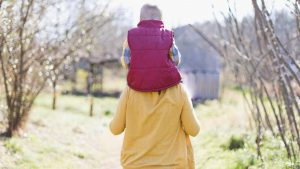 I never thought I would seek out chiropractic care. While I’ve never doubted its effectiveness I’ve always had nervousness about what it would actually be like to receive an adjustment. Over the last 18 months I’ve been lucky to be part of the Tuck Chiropractic marketing team, so I’ve heard first-hand from a wide variety of patients the unequivocal benefits of getting adjustments.
Recently, I realized it was becoming increasingly uncomfortable to sit at my desk and work. I have two positions; I’m an executive at a local company and also run my own marketing firm, I really don’t have time for the distraction of pain. Sitting at a desk is also a reality of both positions. I knew I needed help.
I decided I had to honor the profession I have heard so many raving things about and make an appointment for an adjustment. Since I work in the Christiansburg area, and already knew Dr. Matthis, I decided to make my appointment there.  I was amazed when I called to request an appointment and they were willing to fit me in that afternoon. They also were able to clarify the portion my insurance would cover before I even entered the office.
If you’ve not met Dr. Matthis in person I’ll be the first to tell you he is highly dedicated to chiropractic and the way it can improve lives. He also has a fun-loving spirit that makes it easy to be around him. Going into it I was certain he would make me feel better, and would probably make me laugh a bit in the process, but was nervous about what the actual adjustment would feel like.
The first part of my visit was spent evaluating my pain in the context of my life and daily activities. I went in confident that my pain was only on the lower right side of my back. I soon realized that Dr. Matthis understood my pain far better than me. He found other areas of my back that were sore and tender, which I had no clue about prior. He also explained why my pain, which had originated in my lower back, had begun to impact my entire back, all the way up to my neck.
After the evaluation, it was time for Electrical Muscle Stimulation Therapy (E-Stim). Dr. Matthis explained that E-Stim helps fatigue the muscles before the adjustment, making it possible for him to be even more effective. Christina, the Chiropractic Assistant who applied the E-Stim and got it going, likened the sensation to little ants crawling on you.  I would say that was accurate. I actually find the weird sensation of E-Stim, especially on my neck, to be relaxing.
Then, I received my first adjustment. It didn’t hurt in the slightest. However, even though I was told to expect sounds as I was adjusted they continued to surprise me each and every time. You could call my reaction to the sounds “colorful”. Which is why I’m especially thankful Dr. Matthis offered the perfect balance of professionalism and comic relief.
I also appreciate that throughout my appointment Dr. Matthis explained the “why.” For example, he told me why I likely was having the pain in the first place. Since I have two young children, less than two years apart, it is likely that the changes to my pelvic area during pregnancy resulted in a mal-aligned pelvis. In fact, during the initial exam, he pointed out my legs were not the same length because of how my pelvis was tilted.
When I left my appointment I felt immediate relief. The following day I had minimal soreness, which Dr. Matthis had prepared me for. After another 5 visits, my pain was no more. My transformation was two-fold. I went from someone living with an underlying level of pain to someone living pain-free. I also went from being someone hesitant to seek an adjustment to someone who will continue to seek adjustments, as needed for pain and my overall wellness.