Getting to The Root of a Lifetime of Migraines 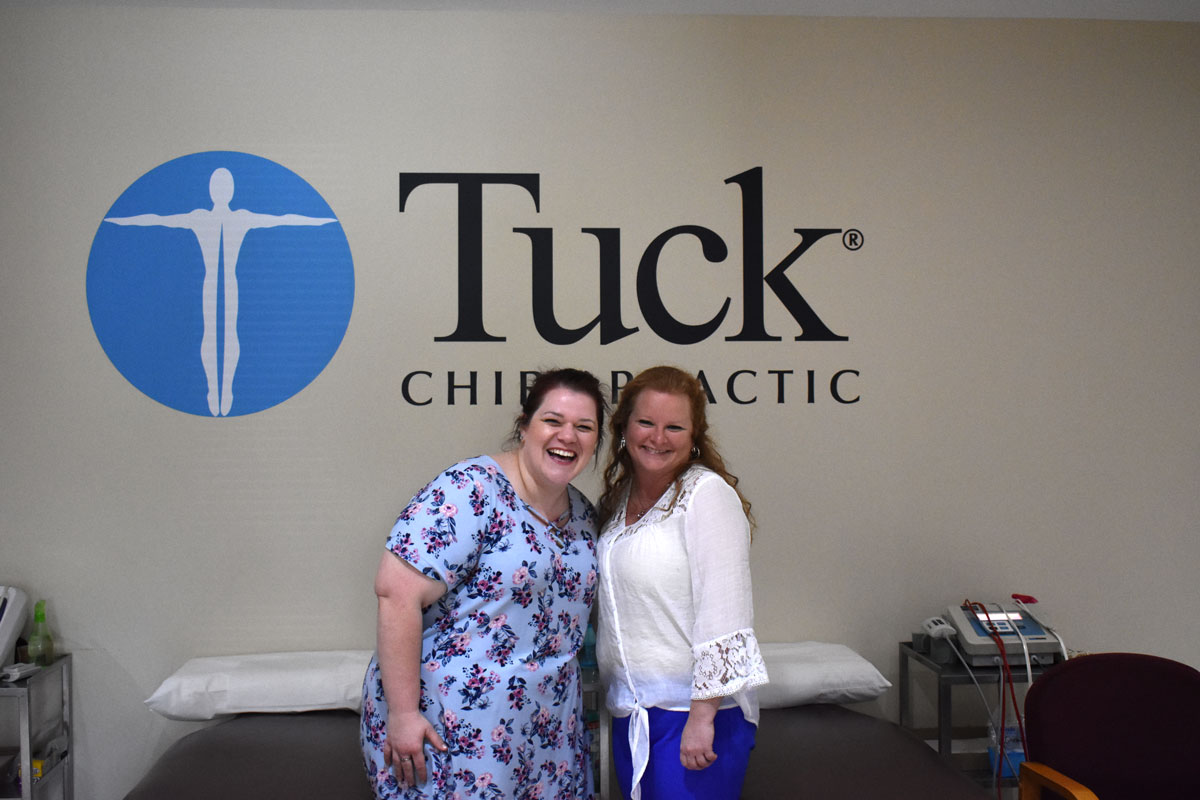 When Amanda Terry walked into the offices of Tuck Clinic in Woodlawn to tell us about her experience with Dr. McKown, she was all smiles. You could tell that they had built a solid relationship that went far beyond a transactional treatment, but was built upon a foundation of trust and genuine care. However, we can imagine that her first visit to the office 5 years ago wasn’t quite as chipper. She had suffered from migraines since childhood and the issues only continued to worsen as she grew into adulthood.
“I tried every medication and technique you could try – from ibuprofen to prescription medications, nasal spray, specialty diets – I even tried a staple in my ear. Nothing worked,” says Amanda. “I was missing a lot of work and school and it got to the point where I had four migraines a week where I would lose vision and my speech was slurred.”
She had never tried chiropractic before but she had exhausted all of her other options. Her grandparents were familiar with Dr. McKown at Tuck Clinic and so she made her first appointment. After a series of x-rays, Dr. McKown discovered a pinched nerve that was causing her migraines and preventing her from finding relief through all of the other methods she had explored. What started out as a lost hope with no idea of what was going on with her body, turned into a moment of clarity and, finally, relief.
“I went once a week for a little while. Then my visits went down to once a month. I noticed a difference pretty immediately,” she recalls. “I would say it knocked my frequency of migraines down from ten a month to one a month.”
These days, Amanda almost forgets that she even had such severe migraines for most of her life. She often finds that if she gets a severe migraine out of the blue, it’s likely because she hasn’t been to see Dr. McKown in a while. She is now a lot more aware of her body and what it needs now. She’ll even come into the clinic before and after long trips to make sure her back stays in good shape, too.
“I really like the whole idea of overall wellness that lies behind the practice. It took her 3 years, but I finally started to do yoga! Over time, I’ve learned that exercise and wellness can really help calm my mind and help to ward off migraines.” says Amanda.
When talking to other people about seeking chiropractic care, she sometimes battles some preconceived notions. She simply argues that she is the living proof they need to show the value in the care that chiropractors are able to provide. After over 20 years of suffering, she can now function through her day to day tasks without worrying about being struck by a debilitating migraine.
“This is truly the only thing that has ever stopped them. I am proof,” she says.
She also adds that people try to use too many excuses. They don’t have the time to go often enough to get results. Or it costs too much money. But when she realized that she was missing her classes that she was paying thousands of dollars for at Radford University and missing the work that was paying for them, the money excuse was out of the question. Tuck Clinic can provide affordable treatments that far outweigh the cost of not being able to live your life properly because of pain.