Chiropractic Care and the NFL 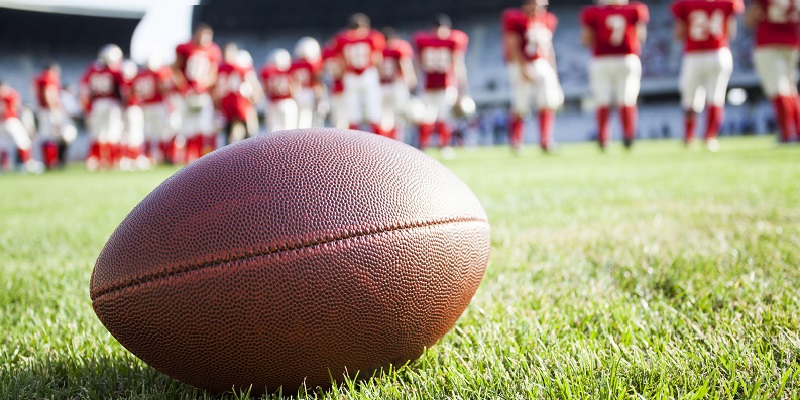 Chiropractic is an integral part of medical treatment in the NFL. The most common issue NFL chiropractors treat is lower back pain.

Over the past few decades, chiropractic care has become increasingly important in the National Football League. All 32 NFL teams currently employ a chiropractor, and many current and former NFL players have spoken out about the value of chiropractic during and after their careers.
Hall of Famer Jerry Rice — considered the greatest wide receiver of all time — has been a spokesperson for the Foundation for Chiropractic Progress. Hear what he has to say about chiropractic in the video below.

The New York Giants’ team chiropractor, Dr. Robert DeStefano, D.C., describes health care in the NFL as a coordinated team, comprised of many types of medical professionals: orthopedists, athletic trainers, physical therapists, and more. A survey of NFL chiropractors found that before chiropractic treatment was common in the NFL, players generally sought chiropractors on their own or were referred to one by an athletic trainer. After treating one player, many others were quickly referred to see them.
Dr. Michael Miller, D.C., of the New England Patriots claims he became the first official team chiropractor in the NFL when he began treating Patriots players 30 years ago. When chiropractic treatment started becoming popular, chiropractors often met players in hotel rooms or parking lots to provide adjustments. Now they typically share the training room with other medical professionals who treat the team, or provide adjustments in the locker room.
Almost half of team chiropractors travel with their teams to away games, according to the Professional Football Chiropractic Society.

NFL players can suffer numerous injuries throughout their careers in practice, games, and even during off-season training. The NFL reported more than 4,000 injuries in 2011. Injuries can vary widely and are often related to a player’s position. Injuries commonly occur in the upper body, such as the neck and shoulder, as well as in the extremities, such as the lower leg, knee, ankle, and foot.
Another common and serious type of injury affecting NFL players are concussions. For many years the NFL denied the possibility of long-term health problems associated with repeated blows to the head. But in 2014 the NFL acknowledged the dangers of multiple concussions and estimated that brain injuries will affect as many as one in three retired players.
Brain injuries can cause players to develop neurological disorders such as dementia at higher rates. Due to these findings, the NFL has taken significant steps to cut down on traumatic brain injuries, including penalizing, fining, and even suspending players for certain types of hits to the head. The NFL has also developed elaborate sideline protocols to diagnose concussions during games. As a result, the number of NFL player concussions fell by 13 percent between 2012 and 2013. But due to the physical nature of the sport, concussions are an unavoidable injury for many NFL players.

What Do Chiropractors Treat NFL Players For?

NFL chiropractors spend a lot of time keeping their players in shape, giving an average of 30 to 50 treatments per week.
According to the 2002 survey of NFL chiropractors, the most common injury NFL chiropractors treat is lower back pain. They also frequently treat players for “burners” and “stingers,” nerve pain commonly associated with contact sports. They typically occur as a result of injury to the nerve supply of the upper arm, usually blows to the neck or shoulder. Untreated, these injuries can cause pain that radiates from the shoulder to the hand.
Other acute injuries treated by NFL chiropractors include muscle strains, whiplash, and neck pain.
Players can also develop chronic conditions such as carpal tunnel misalignment and temperomandibular joint (TMJ) dysfunction. These conditions, like acute injuries, can seriously inhibit a player’s ability to take the field. Chiropractic realignment can relieve pain from these chronic injuries, while preventing them from getting worse.

NFL players may also seek chiropractic care for headaches, which are often a secondary complaint after a concussion.
Several case studies show that chiropractic treatment can assist with improvement in a wide range of post-concussion disorders. Some of those disorders include attention deficit, dizziness, visual dysfunction, delayed reaction, depression and trouble sleeping.
Chiropractors are often among several health professionals treating players after a game, and therefore have the opportunity to observe players for post-concussion signs and symptoms, such as dull headaches, fatigue, irritability, tinnitus, and anxiety, among other complaints. Catching these signs early is vital, since an untreated concussion can cause brain injury that leads to seizures and even death.

Early in an NFL player’s career, injuries can mean the difference between years of playing professional football or just one short season. According to statistics website Statista.com, the average NFL career lasts just over three years, which means many players are racing the clock.
Throughout NFL history, players have been given numbing agents to “play through the pain.” This temporary relief for sports injuries can cause further damage and hinder healing. Understanding of pain has developed past this short-term strategy to deal with injuries, and chiropractors provide a valuable part of the solution.
In a news conference preceding the 2013 Super Bowl, NFL Commissioner Roger Goodell said preventing head injuries is his first priority moving forward with the league. “I’ll do anything that’s going to make the game safer and better,” he said.
As the NFL seeks to ensure the health of players, chiropractic care will continue to play an important role in injury rehabilitation and performance.
Image by: erika8213 / 123RF Stock Photo.