Study: Too Much Sitting Can Be Deadly 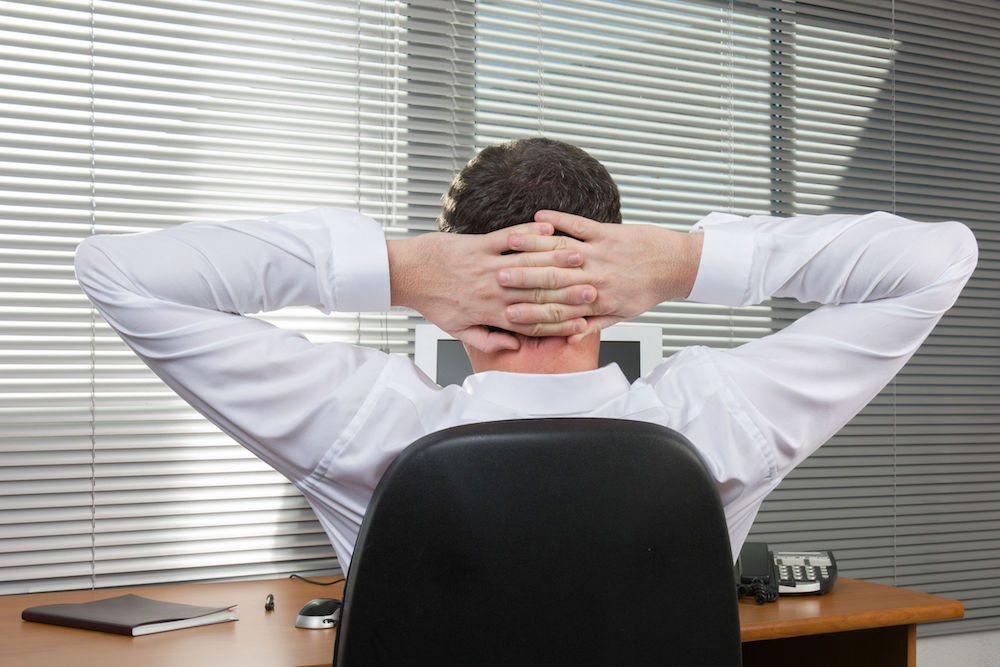 According to a research review from the University Health Network in Canada, sitting for 8 or more hours a day could raise your risk of severe health complications.

A research review by the University Health Network in Canada, published in the Annals of Internal Medicine found that daily sitting for long periods increases your risk for heart disease, cancer, diabetes, and death. This risk increases independent of other health factors, including both negative factors like obesity and positive factors like exercise.
The average American sits for roughly 9.3 hours a day, more than half of the time spent awake. Researchers found that even exercising daily for 30 minutes to an hour doesn’t significantly counteract the health repercussions of sitting for long periods.
Dr. David A. Alter and doctoral candidate Aviroop Biswas analyzed 47 studies that compared inactivity and mortality. The result: People who sit for long periods in a day are 24 percent more likely to die from health problems, even if they exercise regularly.
While the time spent sitting varied slightly among the studies analyzed, Biswas estimated that sitting for more than 8 hours a day results in the most negative health effects.

This research analysis is the latest in a growing number of studies linking lack of physical activity with negative health effects. According to the American Institute for Cancer Research, many cases of cancer are linked to daily lack of activity, including 43,000 cases of colon cancer and 49,000 cases of breast cancer.
Long-term sitting is linked to higher rates of disability after age 60. According to a study at Northwestern University led by Dorothy Dunlop, for people over 60, every additional hour of sitting per day increases risk of disability by 46 percent. According to Dunlop’s findings, that risk increases regardless of how much time seniors spend exercising.
Analysis of data collected in an ongoing study conducted on about 12,000 Australians estimates that spending 6 or more hours in front of the television on a daily basis decreases life span by approximately 4.8 years. Dr. J. Lennert Veerman analyzed data from the Australian Diabetes, Obesity and Lifestyle Study and found that every hour spent in front of the TV decreases life expectancy by 21 minutes. By contrast, a cigarette decreases life expectancy by about 11 minutes.
Another review published in Diabetologia analyzed 18 studies. Dr. Emma Wilmot led the study, which found that those who sat the most hours on a daily basis had a 112 percent increase in relative chances of developing diabetes, 147 percent increase in risk of cardiovascular disease, and 49 percent increase in risk of premature death.
Research continues to show that sitting for long hours is linked to increased risk of developing several major, potentially fatal health problems.

Don’t Give up on Exercise

While sitting for long periods of time does increase risk regardless of exercise, those who sat for long periods of time and who exercised regularly experienced a third less risk of dying (during the studies analyzed) than those who did not exercise.
Also interesting is that other health risks such as obesity, smoking, and age were not a direct factor in heightening health risks. A person at a healthy weight, for instance, is still at a higher risk of dying from health problems if they sit for more than 8 hours a day.
Researchers across several studies agree: Daily, vigorous exercise for about 30 minutes a day and breaking up long periods of sitting with one- or two-minute breaks to stretch and move can reduce your risk of developing severe or fatal health problems.

Breaking up long periods of sitting can be difficult, especially if you are dealing with work restrictions. Dr. Alter and other researchers offered these tips to reduce your risk of increased health problems:

At Tuck Chiropractic Clinic, we often treat patients with pain resulting, in large part, from a sedentary lifestyle. While sitting in a work environment is often unavoidable, one of the best ways to stay healthy is to sit less and exercise more. Taking short, frequent breaks during your workday can have a long-term, positive impact on your health and even extend your life.
Image by sylv1rob1 / 123RF.