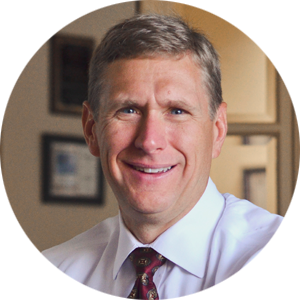 As President and CEO, Dr. Tuck is responsible for:

N. Ray Tuck Jr., D.C. is a Virginia native and has resided in Southwest Virginia for his entire life. He is a Pulaski High School Graduate and also a 1994 graduate of Radford University, where he earned his Bachelor of Science in Physical Science.

While in college, Dr. Tuck worked for his father, a Chiropractor, and saw incredible transformations in the lives of patients. He saw how his father would treat patients that were unable to walk and have them back on their feet, walking again – without the use of drugs or surgery. Dr. Tuck was amazed and knew that he wanted to be part of this profession that had such a significant and positive impact on the lives of others.

He was inspired to further his studies and earned his second Bachelor of Science, in Human Biology, and his Doctorate of Chiropractic from The National College of Chiropractic. After completing his education, he returned to Southwestern Virginia to work alongside his father Nathan Tuck, Sr. D.C. In 2002, he purchased the Christiansburg and Blacksburg clinics from his father. What began as two practices has now grown to 11 practices spanning from Galax to Bedford, Pulaski to Rocky Mount, and all areas in between. In 2011 Tuck Chiropractic Clinic was named one of the top 50 rising and growing companies in Virginia by the Virginia Chamber of Commerce.

Dr. Tuck knows that to provide excellent chiropractic care to Southwest and Central Virginia he must surround himself with other top-notch chiropractors that have a passion for what they do. Not only are the doctors at each location top-notch, they are supported by a team that contributes to an overall excellent patient experience. In fact, Tuck Chiropractic has been named one of the best places to work in Virginia. This is a true testimony to the quality of people and talent that comprises the Tuck Chiropractic Team.

Dr. Tuck is a member of the Virginia Board of Medicine, which the Governor of Virginia appointed him to. This is an exciting role for him because he firmly believes in the need to collaborate with other medical professionals to advance the state of healthcare and chiropractic care. Dr. Tuck is the immediate past president of  The American Chiropractic Association, which has been a tremendous honor. Dr. Tuck, along with other doctors at Tuck Chiropractic Clinic, works with multiple sports teams including Radford University, Ferrum College and the Christiansburg High School Blue Demon Wrestling Team.

As a community member, Dr. Tuck feels it is important to give back. He is a member of the Montgomery Economic Development Authority, which the Montgomery County Board of Supervisors appointed him to. He has served on numerous boards over the years to include the Blacksburg Chamber of Commerce, The Boys and Girls Club and The American Red Cross Board – where he served as chairman for three years. He is currently a member of the Christiansburg Moose Club, Pulaski Elks, Hokie Club and Blacksburg Sports Club. Dr. Tuck has received many awards including the Montgomery County Small Business Person of the Year award,  the 2004, 2017 UVCA Chiropractor of the Year award and 2019 ACA Chiropractor of the Year Award.

When Dr. Tuck isn’t busy in the clinic or serving the community he has a wide variety of interests and hobbies including Brazilinan Jiu Jitsu, beekeeping, gardening, working on old cars, traveling, and spending time with his family.