Don't Give Up: 5 Tips for Keeping Your Resolutions 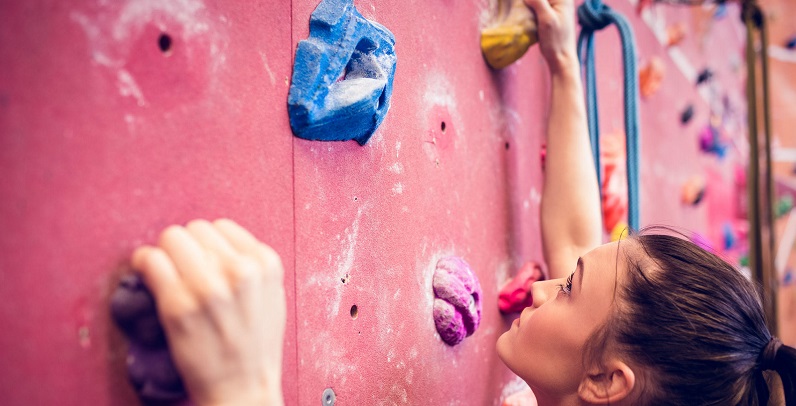 According to a study from the University of Scranton, less than 10 percent of New Year’s resolutions are successful. We’ve assembled some tips to help you overcome the odds in 2017.

It’s official. It’s been two months since you made your New Year’s resolutions. By now, it’s possible that you are feeling your resolve start to weaken, thanks to the hustle and bustle of everyday life. According to Statistic Brain in 2016, only 9.2% percent of all individuals who make New Year’s resolutions each year will succeed in meeting their new goals. We hope that you achieve success with your resolutions this year, not just for the sake of standing by your goals but because of the positive changes those goals will bring into your life. Here are 5 tips we have assembled to encourage you afresh towards a healthier and happier life in 2017.

A 2012 study by the Research Institute on Addictions examined the possible benefits of sharing your resolution with others when trying to quit smoking. For three weeks, researchers followed a group of smokers who kept their quitting attempts secret and a group of those who shared their goals with others. The study participants who shared their goals and progress with others were more likely to succeed long-term.
Resolution tip: Share your new resolutions with friends and family for greater success.

Self-control is like a muscle: the more you use it, the better you will be at sticking to a new resolution. Researchers from the University at Albany in New York asked 122 smokers to also control another bad habit while trying to quit. Of the smokers who used extra self-control for two weeks, 27 percent were able to completely quit smoking while only 12 percent of the members of the control group were able to quit smoking. We suggest you start with small, manageable tasks that require self-control as a way of building up this “muscle.” For example, start by setting a bed time and sticking to it each night. Or, you could trade out one soda each day for a glass of water. Start there, master that discipline, then move on to a new task. Soon, you will realize that the small tasks are easier and little-by-little you are achieving your goal through increased self-control.
Resolution tip: Practice self-control with small, manageable tasks alongside your main resolution goal.

3) Divide Your Resolution Into Actionable Steps

The American Psychological Association says it’s harder to reach a goal if it is too large. Abstract, big resolutions such as “get healthy” are just too broad and often are abandoned within just a few weeks. We agree that approaching wellness improvements is best done with small, actionable steps, that add up to make a big difference.
Resolution tip: Rather than making a blanket statement such as “I want to lose 10 pounds this year,” break it down into monthly and weekly steps so you have something attainable to work toward each week.

According to Web MD, resolution ultimatums, such as “I will no longer eat dessert,” are doomed to fail from the start. Dr. Marvin D. Seppala, addiction expert and chief medical officer at Hazelden, says goals such as these only set the goal-maker up for failure. You will fail at least once in your journey, and you are more likely to keep up with the resolution if you allow room for minor setbacks in your initial resolution.
Resolution tip: Set defined resolutions, but allow a bit of wiggle room.

5) Focus on Your Why

The book “Reinventing Yourself Today,” written by goal expert Sharon Ball, says the key to keeping a new resolution or habit is simply to persevere. Each person will fail several times, but if you keep trying again the next day and don’t give up, you will eventually meet your new goal. Often focusing on your “why” is a powerful motivator in those moments when you want to throw in the towel. Revisit the reason you made the resolution in the first place, try to reimagine how it felt when you were so sure this change was necessary and the right one. Choose to view missteps as a setback, not a deal breaker towards reaching your ultimate goal, and persevere.
Resolution tip: Focus on why you made the resolution in the first place when you are tempted to give up.
We are excited for you as you continue to pursue a happy and healthy life into 2017 and beyond. If we can support your pursuit of wellness with chiropractic care, please reach out.
Image by wavebreakmediamicro / 123RF Stock Photo.